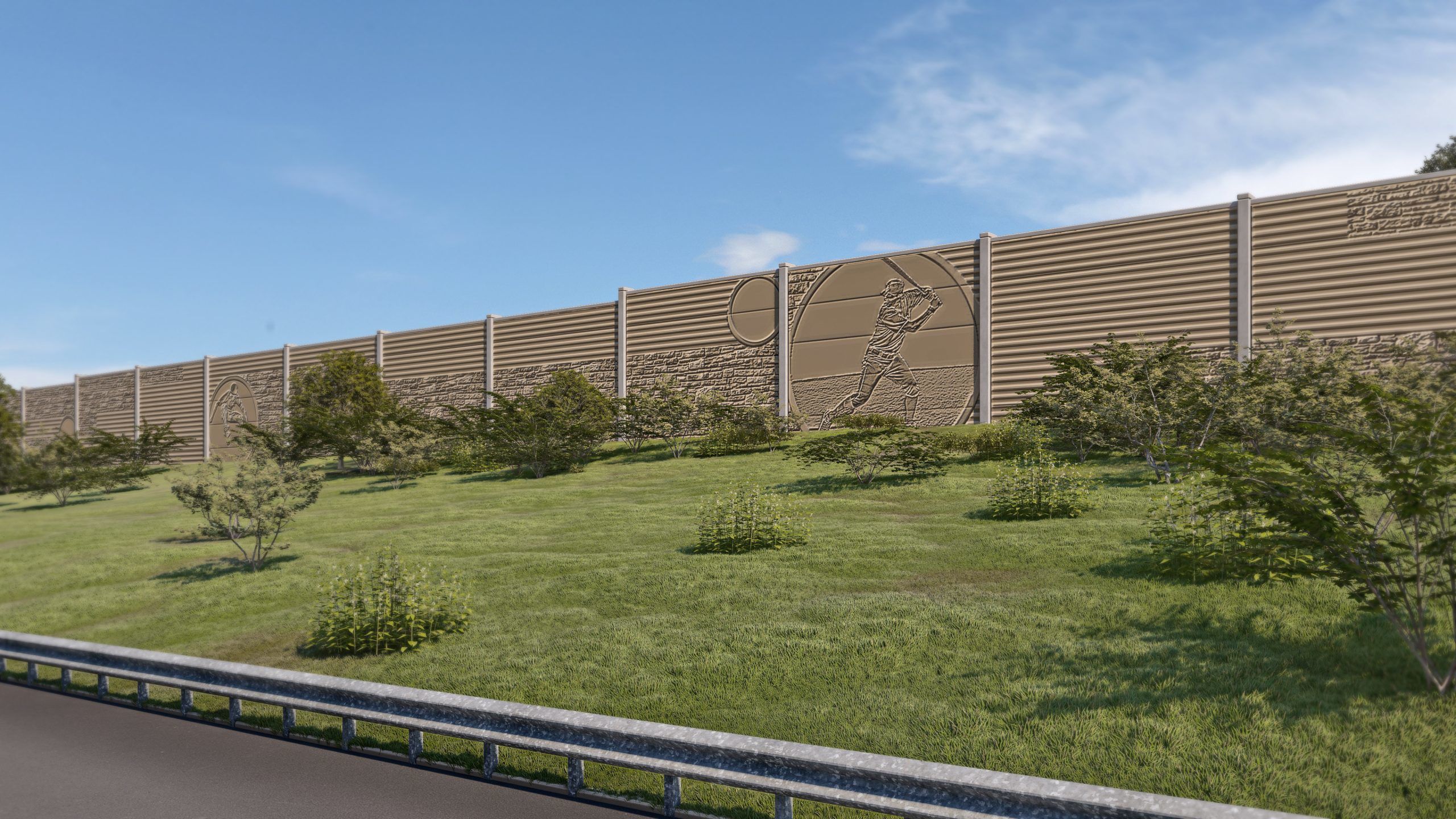 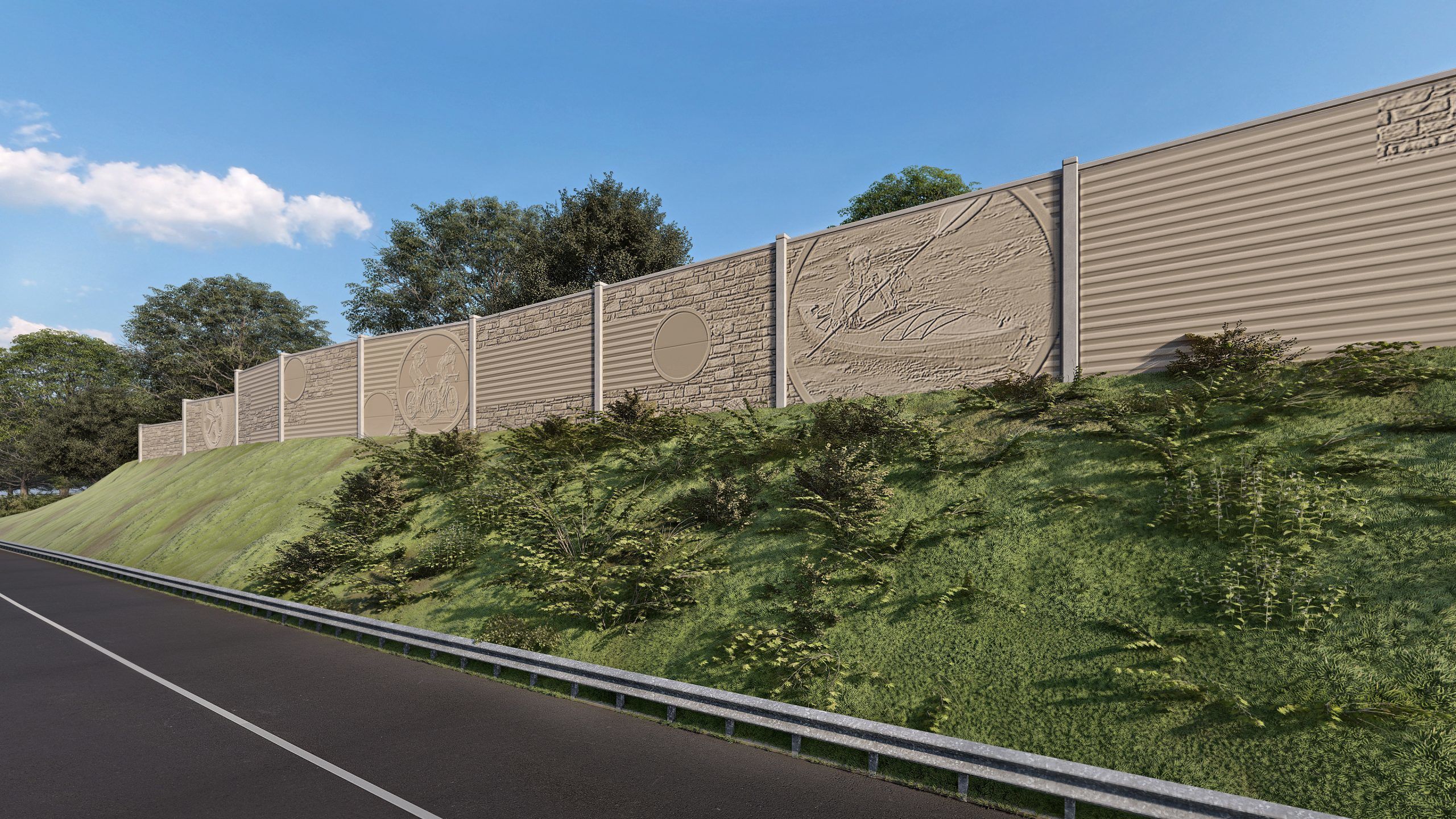 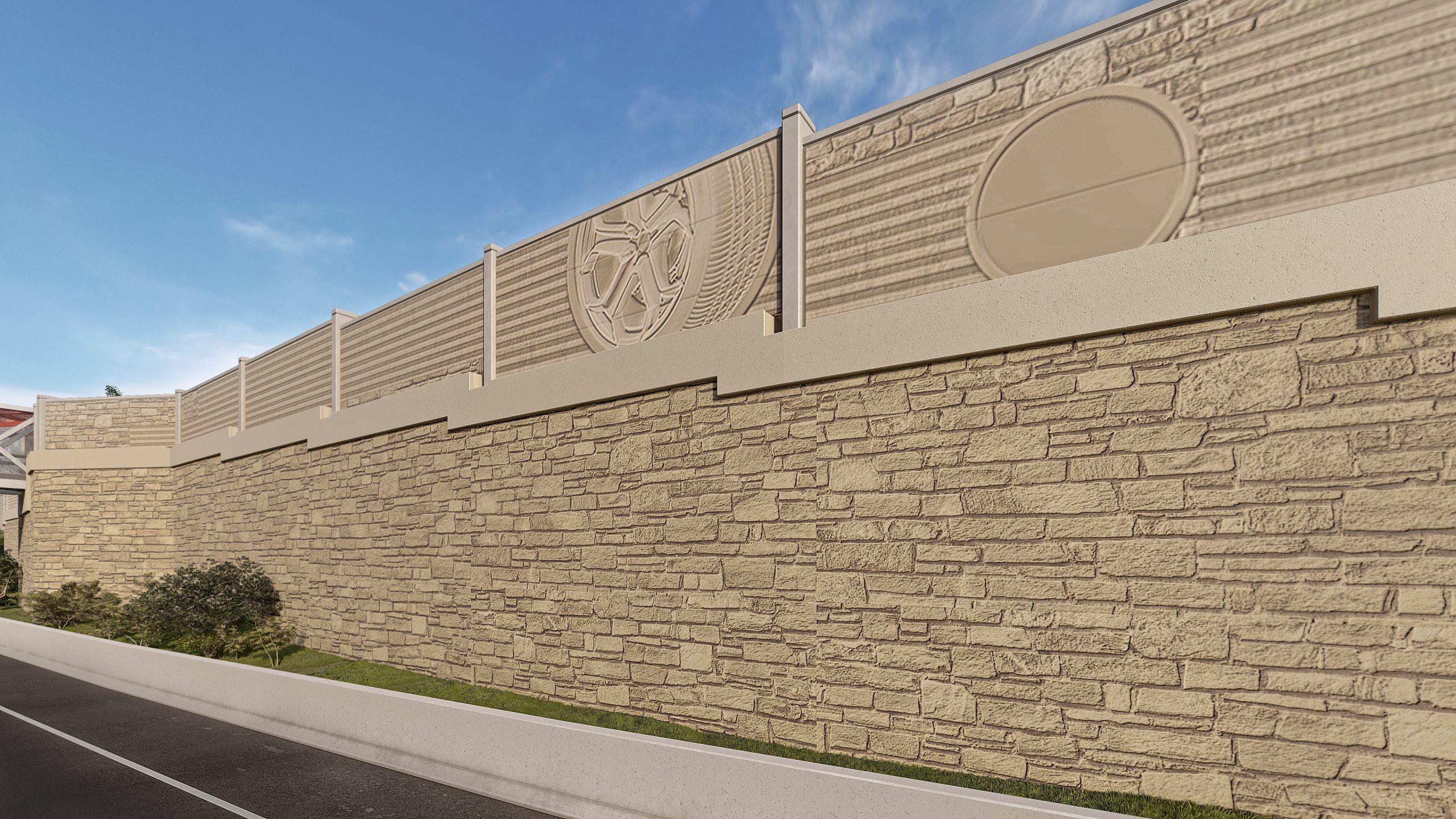 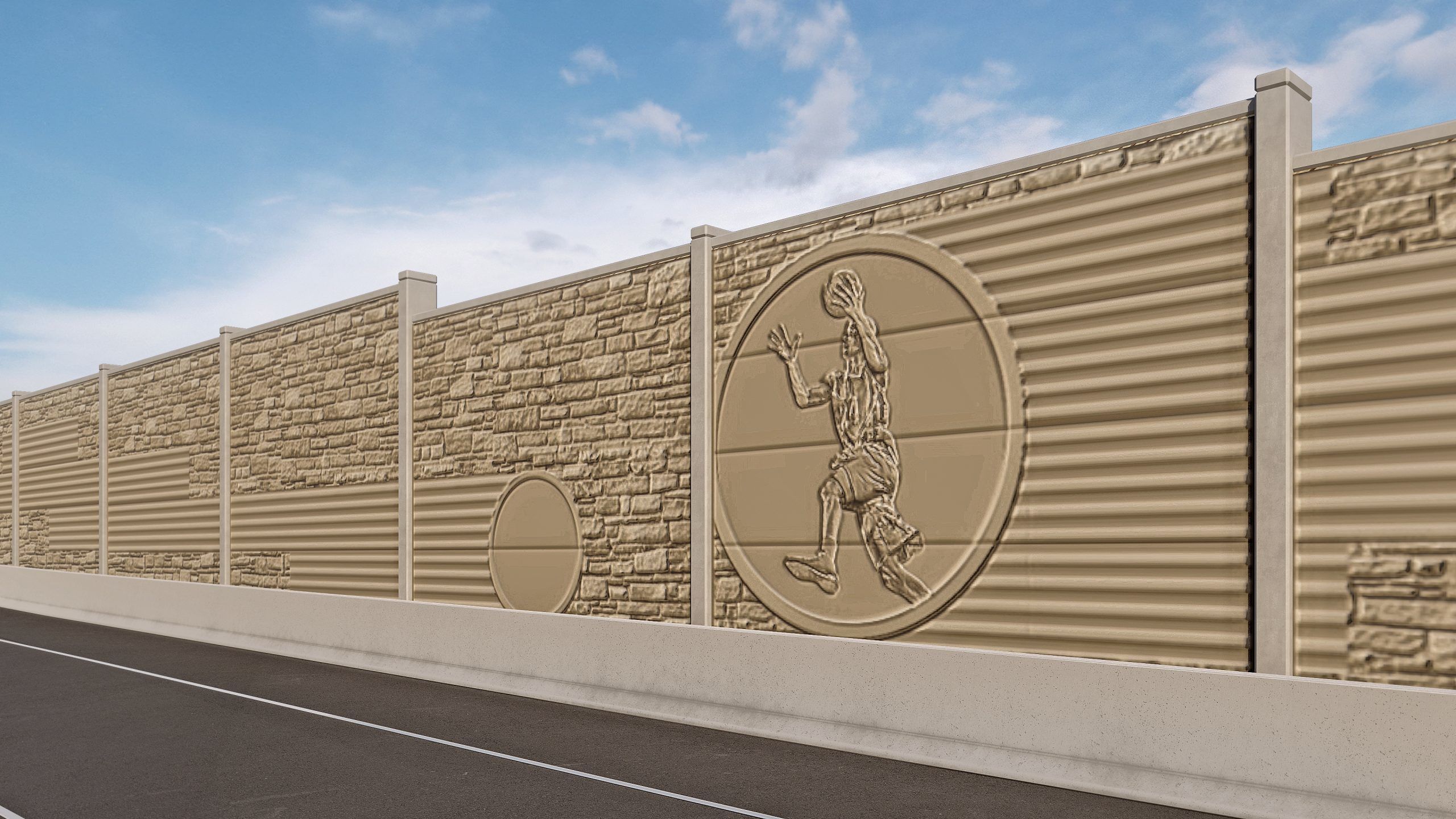 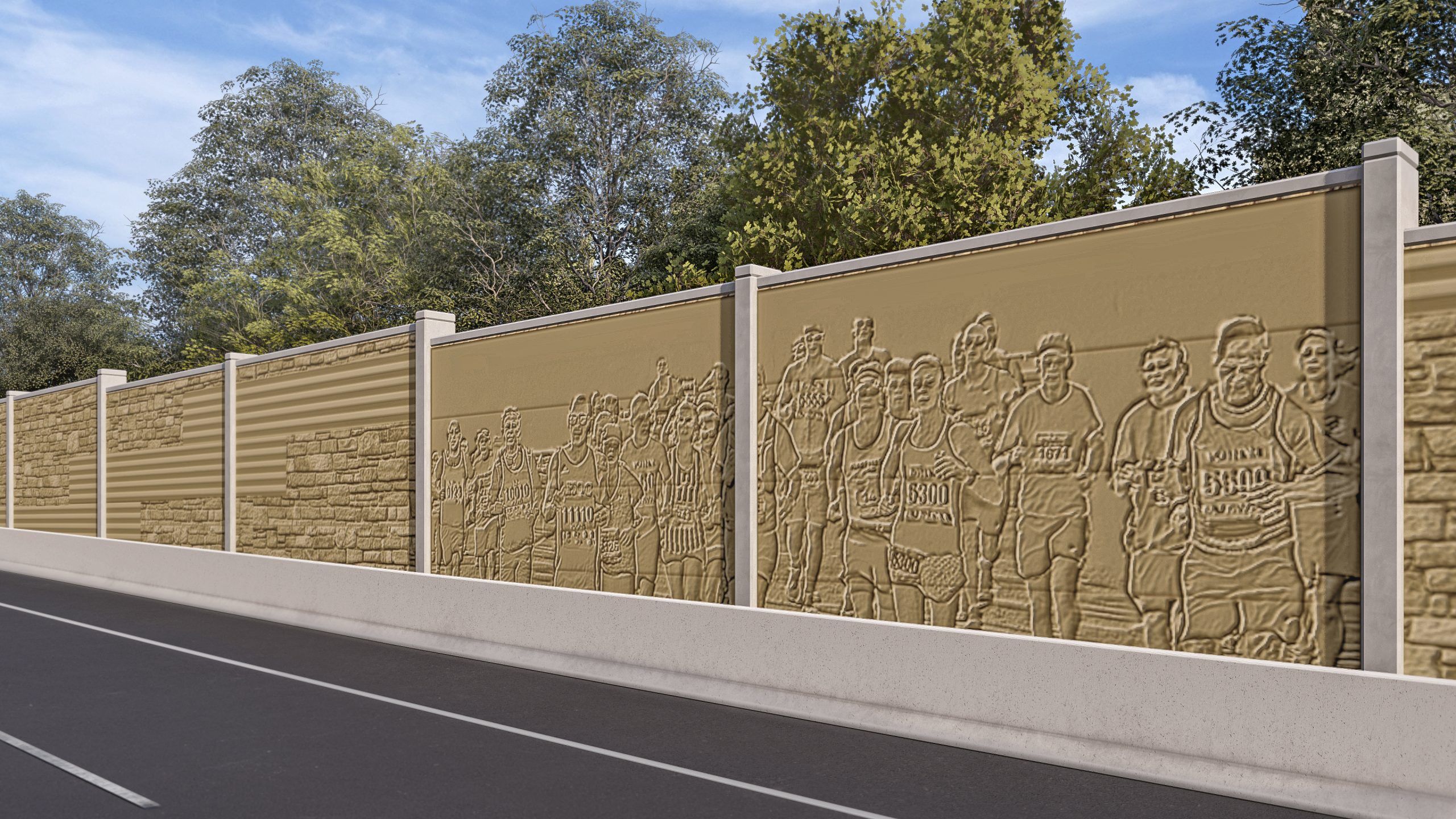 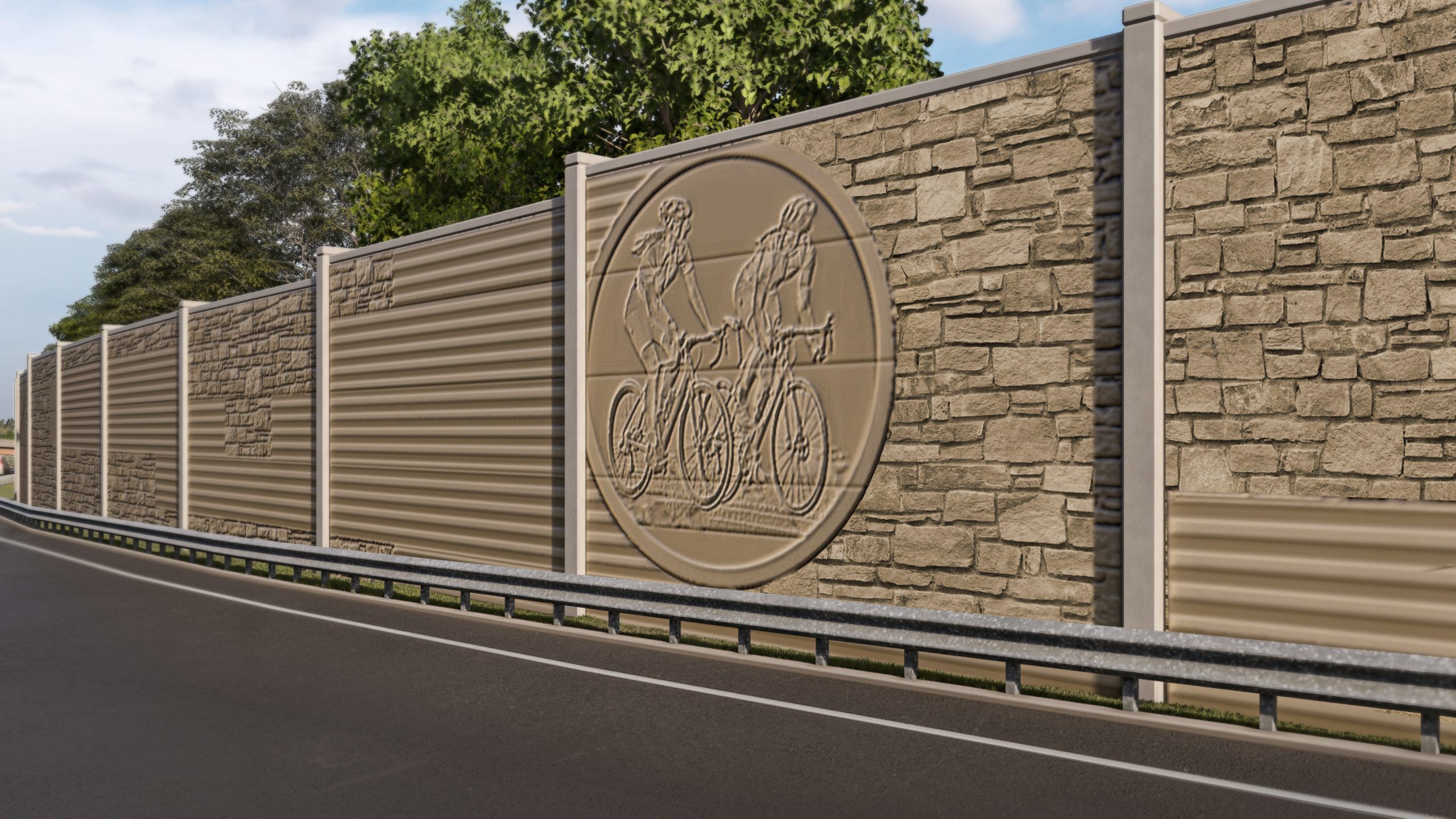 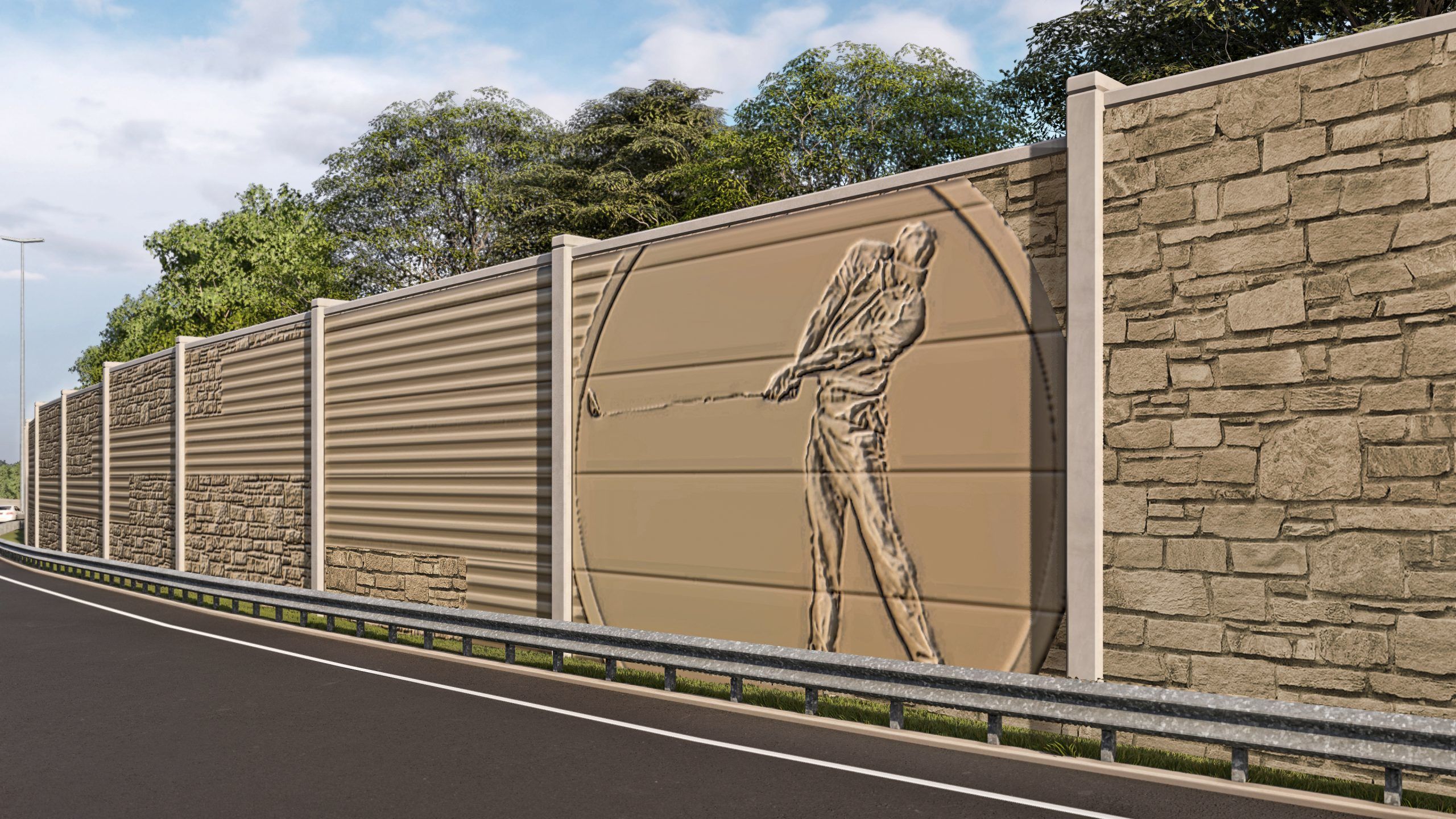 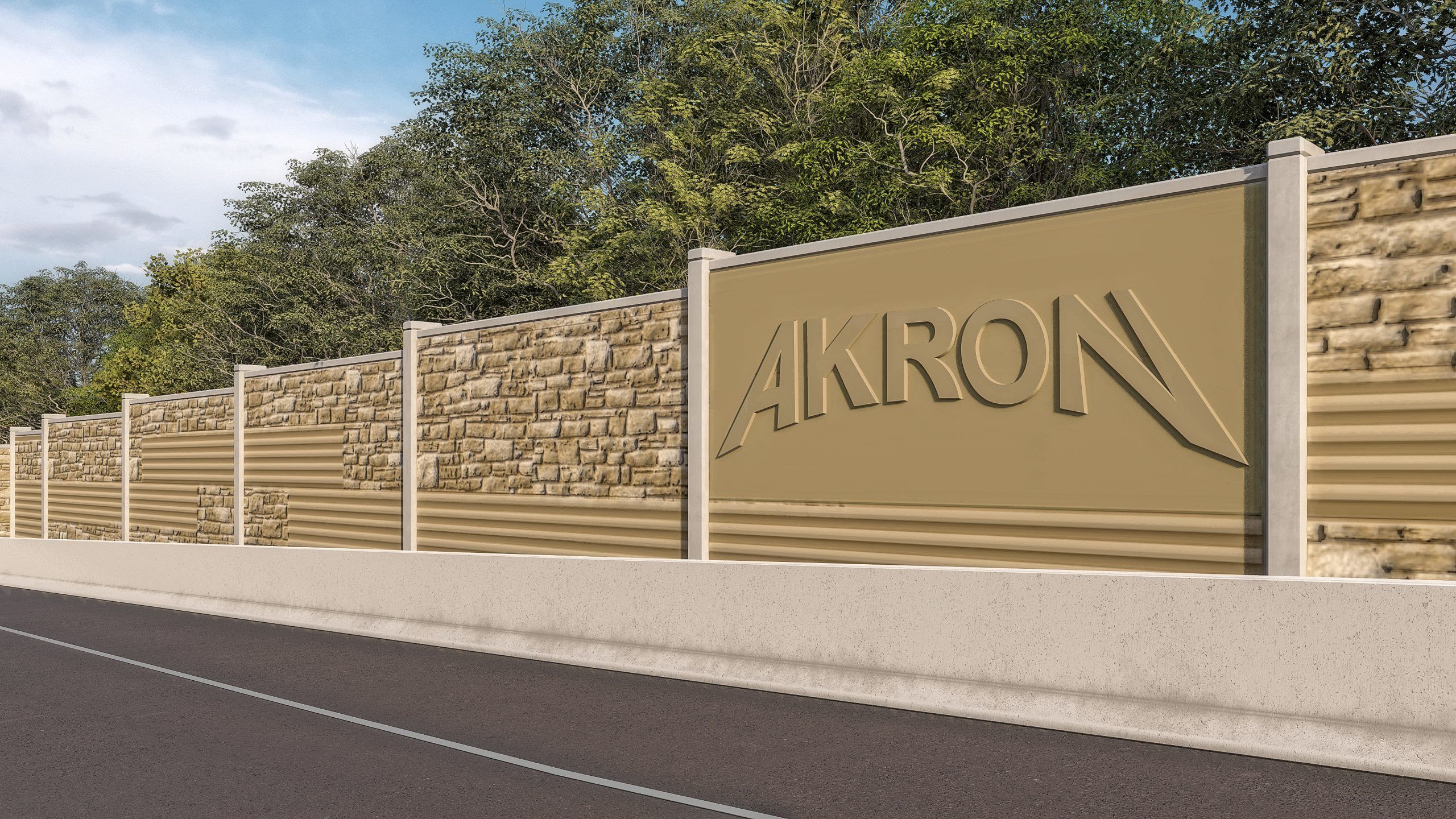 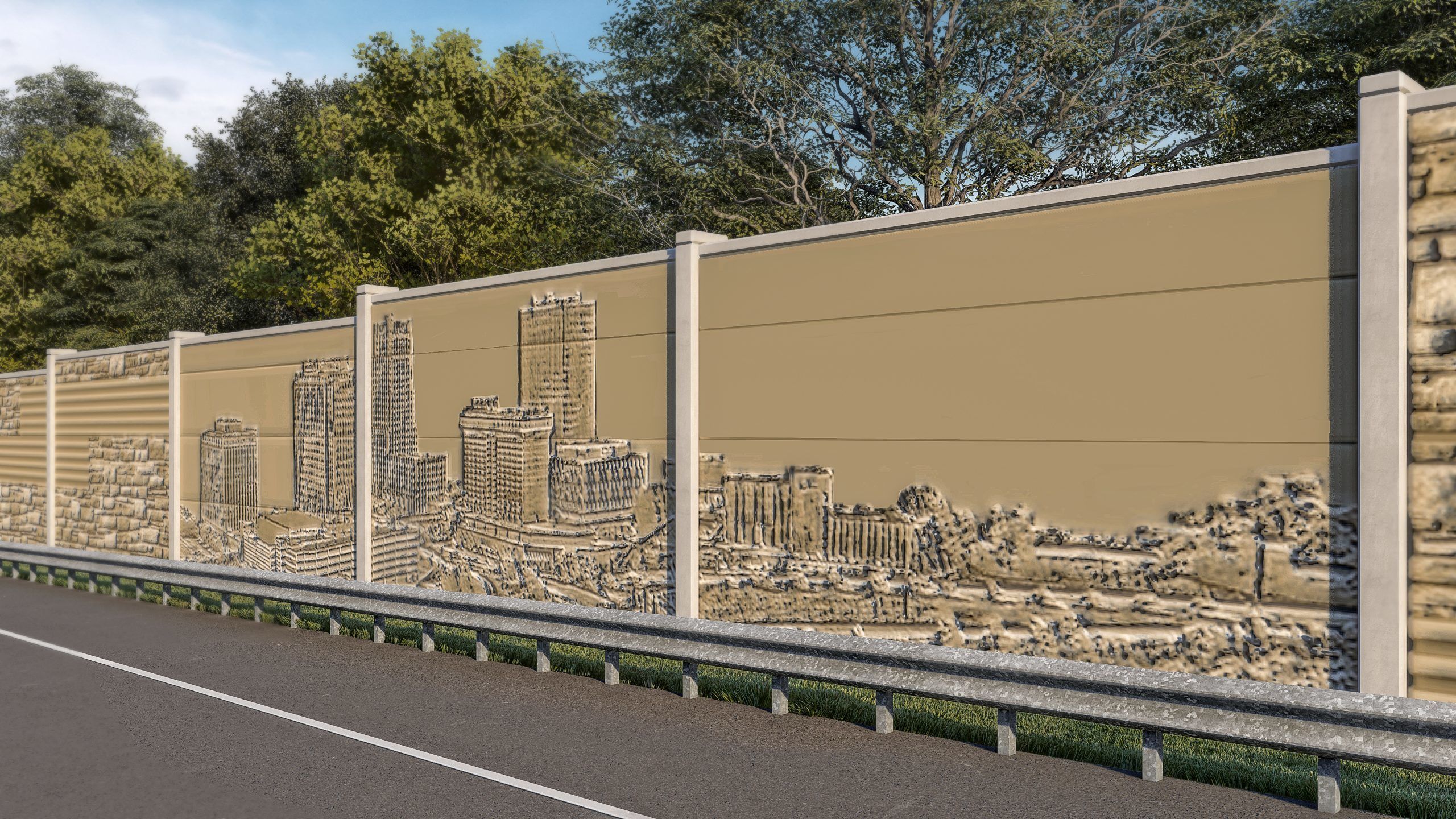 Using information gathered from project stakeholders, community members and the City of Akron, OH., CDR designed the Akron Central Interchange to thematically represent cherished activities and landmarks of the City.

The retaining walls and sound barriers are treated with a stone pattern, interrupted by occasional vignettes depicting typical Akron scenes. These include local athletic and recreational activities, views of the downtown from various perspectives and a graphic tire tread design.

The pedestrian Heritage Trail Bridge, which is also part of the Central Interchange, enhances a traditional box truss structure with a dramatic red mesh fence, LED lights within the bridge pathway, illuminated announcements of the trail at the approaches to the bridge and landscaping.

This project was created with the neighboring Akron SR-8 twin bridges in mind, which were also designed by CDR. The cohesive thematic approach throughout these two projects celebrates the City of Akron’s history, current life and future aspirations. 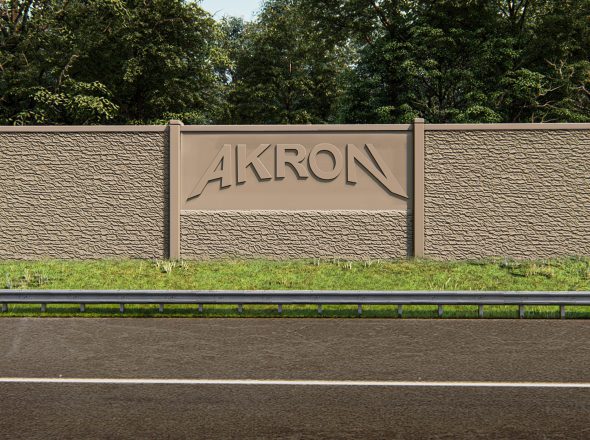 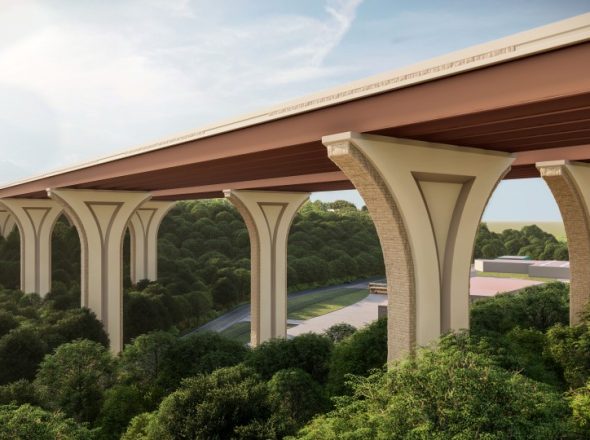 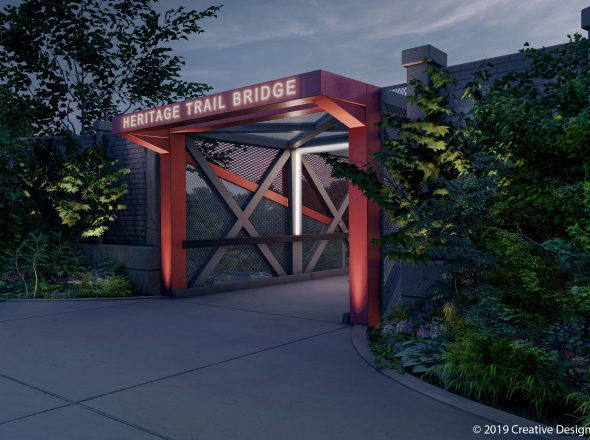 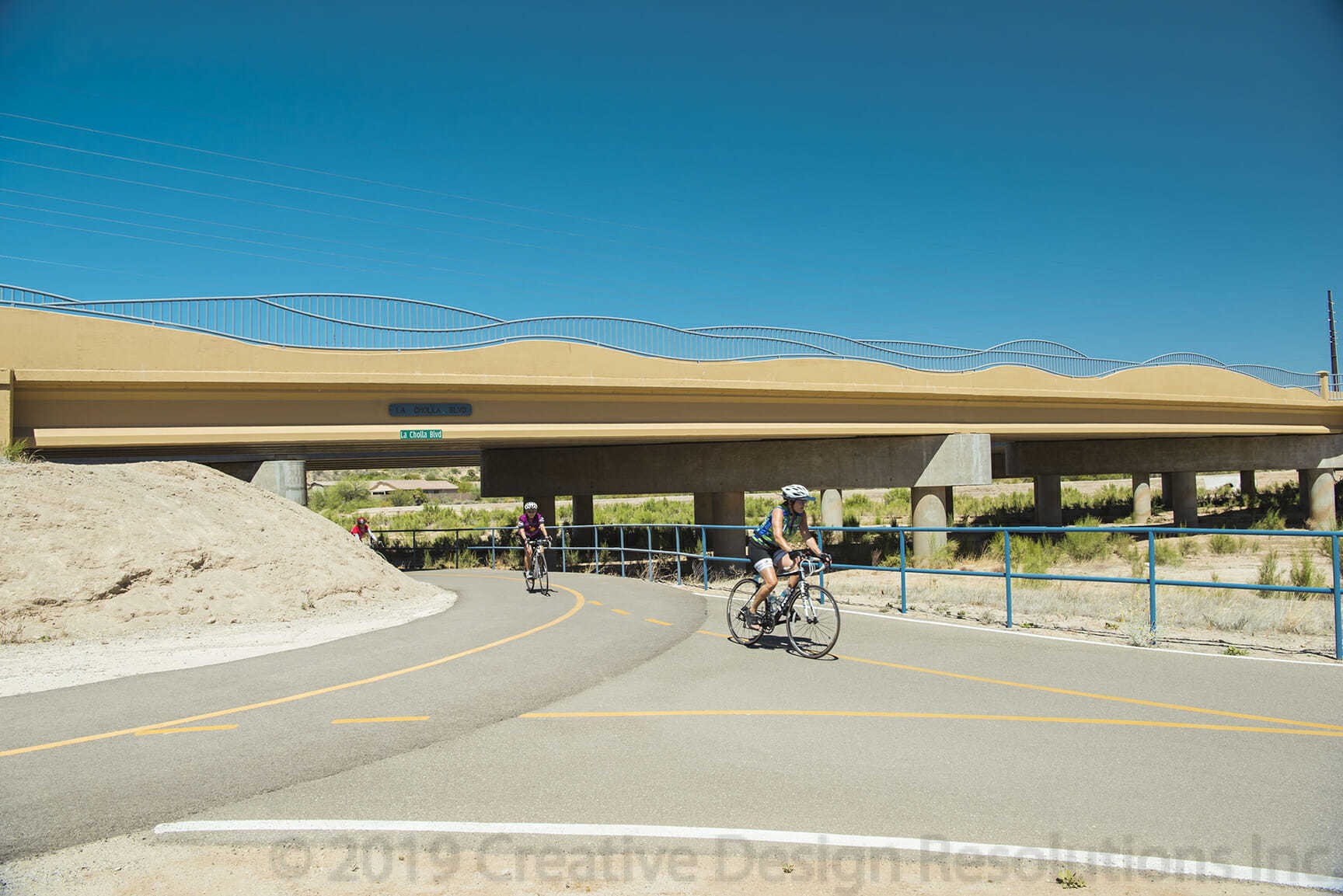 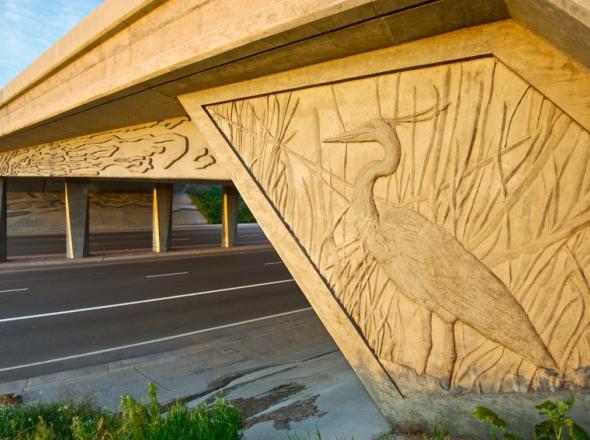 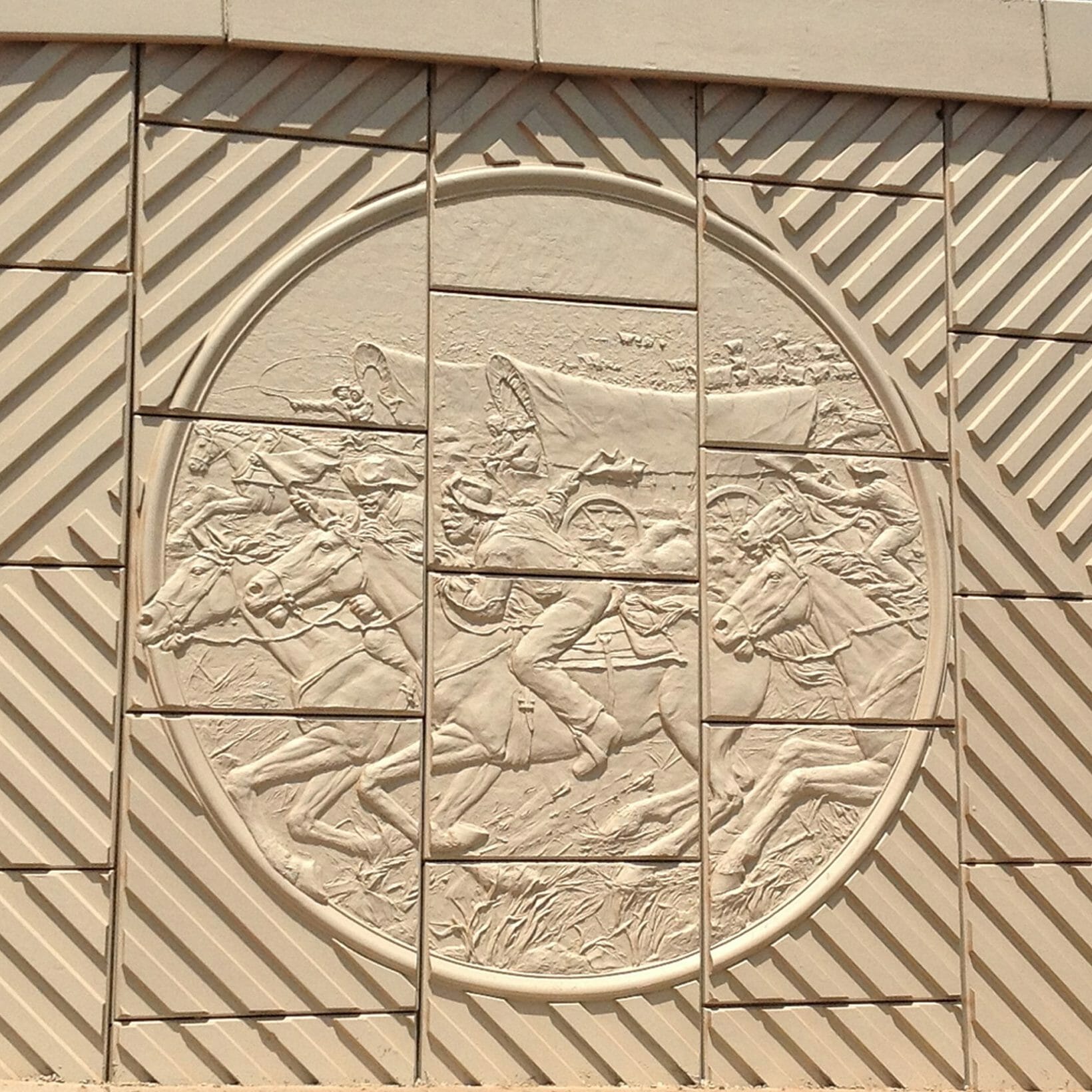 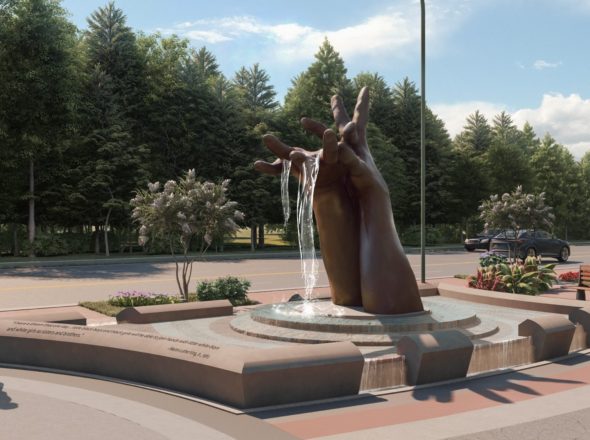